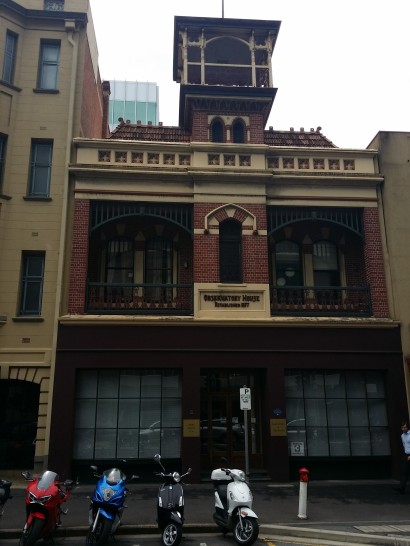 This Queen Anne style building on Flinders Street is one of Adelaide’s survivors. It was commissioned in 1906 by G.C.W. Kohler who was an instrument maker. His company made spectacles, binoculars and telescopes – things that helped people to see clearly. The inclusion of the tower was symbolic of these instruments.

Kohler had bought his business from Otto Boettger who emigrated to South Australia from Germany. Before coming to the colony, Boettger had been an instrument maker in St Petersburg in Russia and an astronomer’s assistant in Hamburg. In 1877, he established a successful manufacturing and repair business for scientific equipment in South Australia and by 1890 he was selling his instruments around Australia. He lived next door to the site of Observatory House until he sold his business to Kohler in 1899. Kohler had the House built in 1906 and his family continued to trade under the Boettger name until 1974.

The building is Federation period (1890 – 1915) and is built of brick, iron and cast iron. It features include fenestration, the observation tower and Marseilles tiles. It is state heritage listed and is a significant building because of its connection to German settlers, its original use, and its architectural design. It is currently occupied by solicitors and is not open for general viewing. 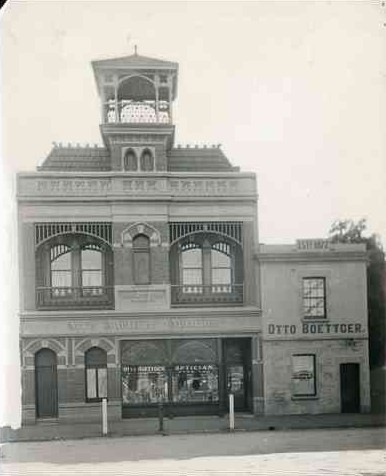 From the State Library of SA (copyright free) circa 1910

From State Library of SA (copyright free) circa 1907

There was an error retrieving images from Instagram. An attempt will be remade in a few minutes.